Political Voice Over matters. Because we, as voiceover talent speak for the people.  Turn on the TV. Take a look outside. Depending on where you are you may see calm or you may see mayhem. And unless you’ve been living under a rock, you know that what federal and local leaders decide for us has a substantial impact on our daily lives. This is a time where being neutral is impossible. Covid 19 and the effects that it has had on our economy will affect everyone. And the racial tensions in the United States are boiling over AGAIN! We all have a voice in this. So what do you do if you are a voice-over talent asked to do voiceover that hurts or hinders the causes that you stand for?

I’ve never understood how people could vote against their own interests. Yet tens of millions of Americans do it all the time. I guess I don’t understand them because I completely comprehend cause and effect. Candidate A says that beer is banned and you are a beer drinker. Yet you voice a commercial for that candidate? He is also against microphones that cost below $2500 because lobbyists and his donors are expensive mic manufacturers. So now you can’t crack open a brew when you want to and he has demanded that you get these super expensive mics. How do you stay neutral enough to do political voice over ads for Candidate A? I can’t.

Candidate A is hurting me and my business. And even if I attend AA meetings (I don’t actually consume alcohol) and earn enough money from doing political voice over for his ads to buy that Neuman U87, I know that he is simultaneously hurting my industry and all the best parties that I attend. This changes life as I know it. And even if I benefit in the short term, I lose overall.

Voicing Commercials for Politicians that Align with my Values

I recently completed my Political Voice Over demo. I decided to do one because I am passionate about the effects that all politics and policies have on our daily lives. I was born to take the side of the less powerful. My family came to the United States as immigrants in the 1960’s. Most of my grandmother’s sons served in the armed forces before they returned to buy homes and had families. It was important for them to educate their children well and be part of what happens in the neighborhood to its people.

My father and uncle were always a part of some action committee, political office, or school position. Both of my parents served as PTA president at my school at some time. When I faced repeated harassment and bullying and physical assault, which included being choked once, by the NYPD, my father knew what Captain to go see at the precinct. 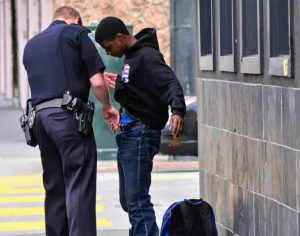 Because my father was a vocal member of the community board and worked with the police in some cases, he spoke with the person in charge after an officer put his hands on his teenage son (who was just walking home.) Still, the policies on a citywide level prevented any action from being taken against the assailants. Effectively, my voice was silenced. So when I think about the voice over work I do, I think about having a voice first, and what I am representing.

Who Am I Voicing This Ad For? Know Your Candidate

I consider that the candidate that I am endorsing might actually win and take an anti-immigrant stance, or encourage the use of the police as a militant arm of indiscriminate racism. I consider that that candidate may win and take a public health or environmental stance that can harm communities that lack the resources to fight back. I consider that when Candidate A pays me for that political voice over, I’m gonna have to pay it back in the form higher taxes on the middle class and poor, to the benefit of his rich donors. There is no benign effect. It will come back on me. 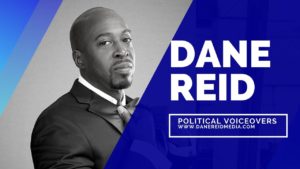 Recently I was asked to do political voice over work for a national figure that seemingly supports the same police tactics that terrorized me as a child. I was honored that my talent was considered good enough for the national stage, but I had to decline. I asked a fellow African American if he would be interested in the referral because he voices ads for both sides of the aisle. I have also been asked to do political voice over for pro second amendment rights in a state that borders the one I grew up in. Understanding how guns get into the hands of criminals and the harm that is caused with those guns, I had to also decline. Cause and effect matter to me. I help them win and they make me lose.

What I Stand For

There are causes that represent other groups that have little to no immediate effect on me. But I stand for them because it is the right thing to do. I have a unique opportunity to be in a position where I may be called on to be a voice for the voiceless, to be the strident messenger for the silenced, and to communicate the narrative of the muted. Sometimes those people look like me and speak like me, but can’t speak up like me. As an African American Voice Actor, I have a unique position where I not only witness, but I experience. I speak the words of others and cry cry my own tears. I represent us all in my life and my work.

Check Out My Political Voice Over Demo Here

Dedicated to the memory of my brother Julian who died suddenly in late May. Born and raised in the UK, he was passionate about British and global politics. We never missed a chance to trade political barbs with one another. Brexit was his Achilles heel.