To Reach Minority Voters With Political Advertising, You Need an African American Voice Over Talent

It likely comes as no surprise that the latest challenges our country is facing on the health and economic fronts have exacerbated already deepening divides in our political arena.  November 2020’s election is likely to have a profound impact on working people of all races and socioeconomic background and it is more important than ever that African American and other minority voices are heard.

Overcome A Lack of Trust With The Right Voice

Like many communities, African Americans don’t always trust politicians. Because of our country’s history of voter suppression, gerrymandering, and politicians regularly working against their community, Black voters need a reason to overcome the distrust they feel for candidates and causes.

That is not to say that African Americans are homogenous, rather this community, like all others, runs the spectrum of education, class, and income levels. So striking the right tone is important in order to speak to such a diverse group and to do it using various voices that sound like different parts of the community enhances its effectiveness.

The Messaging And The Messenger Are Critical

Because of the diversity within the community, a challenge remains in bringing African Americans together on voting. For example, nationally, Trump only has 3 percent support among blacks and that number is not likely to rise. But getting black voters fired up about voting for Biden remains a challenge. Lack of enthusiasm caused many black voters not to vote in the last presidential election. The messaging and messenger, consequently, are critical.

Selecting an experienced voice over professional is key.  The voice should be a veteran in reaching a wide spectrum of consumers in commercial voice over for products and services. They will be able to choose the right tone, timber, and tempo and be skilled at dialing into your script, taking direction, and crafting the right delivery. The voice should also be an accomplished political voice, understand political cadence, and be capable of reaching voters from the local to the national level.

To truly have minority positions on issues considered within their communities, the voice over should come from a member of the community.  The voice has to convince voters that their vote matters in affecting change for them personally. The voice has to connect. It has to sound like someone they know and trust. Older African American voters reliably vote (and usually Democrat) but younger voters often have to be convinced that a candidate will actually work to improve things on their behalf to vote at all. In a time when the solutions to such issues as catastrophic health and economic crises hang in the balance, having minority voices heard and getting out the vote could not be more important.

When diversity, reliability and outstanding voice over is called for, Call Dane Reid. The African American Voice of Politics.  Use the Contact form below to reach out and get that collaboration started! 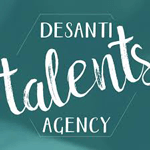