Early in my career, I approached a producer about doing a demo for me. He was not a professional voiceover demo producer. But he claimed to have knowledge in the field. So he grilled me on a number of things about my capabilities. And one that seemed to stick with him was accents. Particularly, the British fake accent. His insistence on me doing this fake accent and misrepresenting myself as anything other than what I am, disturbed me so much, I passed on using him to produce for me. What I was looking for was someone who accentuated my talent as a mainstream urban male voice, but he missed the point of it all.

My recently late brother was British born and raised. He had a strong proud British accent. He made it clear many years ago that my British impersonation sucked. He made it clear that almost all Americans sucked at British accents because they lack the understanding that there are regional accents in the UK just like there are here in the US. It made me reflect on the fact that generally speaking, you have to have an understanding of a people to really get the language and sound.

I also always watched as people annoyed the hell out of him with their fake British accent whenever he was in the US. You could see on his face how he struggled to avoid telling them to “Piss Off.” After a while, it even annoyed me.

Recently in voice over African American talents have been fighting to make the community understand that same point. Black sounding voiceover or black accented voiceover is not the same as being a black talent. Some people get it. Others don’t. Authenticity comes not just from a voice, but from a story and understanding of the culture. I’ve recently come across more post that say they specifically want African American Voice Actors for a role and that want to honor those parts with authenticity.

I’ve observed the same happening in the Latino voice over world. As many people know, I taught myself Spanish. In my personal life (pre-pandemic), I travel to Latin America several times a year, keep friends in Latin America and meet sometimes several times a week with native Spanish speaking friends to improve my Spanish. Pronunciation has always been important to me but my Spanish, while containing some nuances from Costa Rica (where I have spent a lot of time), my Spanish is mostly generalized.

From that, I understand the urge for non native Spanish speakers who know a few words here and there to insert their very gringofied accents into auditions. But there has been more of a movement to make sure that they people who audition for the roles are the right fit. People who try out for Spanish speaking roles need to understand the culture from the inside. They need to know that there are various Mexican accents and slang. They need to know when called for a Colombian accent, there is a difference between the costal and Paisa sound. And all of these accents change as you travel Latin America.

I’ve witnessed Americans in traveling butcher Spanish accents and think nothing of it and even mock it. Because I’ve spent time learning the language and culture, it upsets me. In voiceover, it’s no less upsetting. In calls for Spanish voice over talent, I see descriptions of the type of accents which stress, native speakers only.

The Fake Jamaican Accent aka The Jamaican’t Accent

I am a Jamaican American. It’s something that I am very proud of and recently I accepted the idea of being a Jamaican voiceover talent. I decided to accept that role and make it part of my toolbox after running into talents online who thought that they could do Jamaican voice over and it turns out to be terrible. I’ve always spoken to my parents and a small group of family members in an occasional Jamaican Patois. Where I grew up in Brooklyn, everyone was from the Caribbean. And everyone who wasn’t, developed a Jamaican accent. In that environment, those people knew the culture, listened to the music, ate bammy and sounded real. But as I explored the terms Jamaican voice talent, I found some really bad imposters. Stop it. Stop this craziness.

I have to be honest in saying that it’s actually insulting to hear people do your accent and mess it up. I understand where a person might think it’s flattering but if it’s done wrong, it’s not. And it’s almost always done wrong. It can come off as a negative interpretation of what you think a population sounds like, almost as if you are mocking it. My Dad often says “That Jamaica is the most culturally influential island (per square mile) in the world”. I get it. Bob Marley. Usain Bolt. Reggae music and great vacations. But beyond one or two Jamaican phrases like “Ehhh Mon” and “Wha Gwan” one should never go any further, especially not to make money from it. 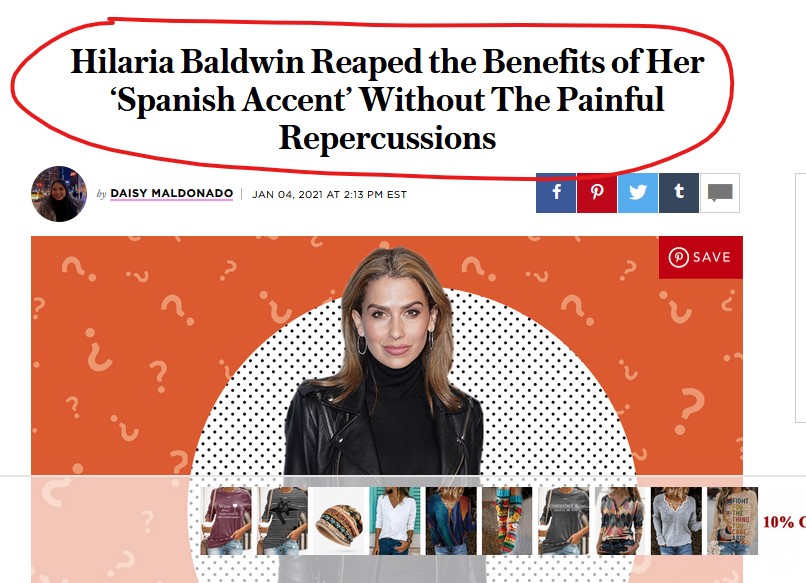 Look, if Hilaria Balwin has taught us anything, it’s that admiration should not turn into false actualization. There is plenty of space for everyone to be, proudly who they are. I proudly represent New Yorkers and Jamaican Americans everywhere I travel in the world. But when I’m off in Australia, I’m still that Brooklyn dude in the way that I speak. Latin Americans here in the US, still prefer to speak to me in English no matter how much I speak to them in Spanish. And Jamaicans like myself, don’t want to hear you butcher our accent.

Professionally, there are enough voiceover talents in the world to get the job done. If you need an African American male voice, call me. Or a Jamaican voice. Call me. Or a New York Urban male voice guy, that’s me. But if you need a British voice, call me for a recommendation. Don’t do it yourself and don’t hire someone who sounds “British”. And stop insisting that every American talents needs to learn that accent to be successful, as two dialect coaches have implied to me on Linkedin. People should do what they do best. Be themselves.