Particularly since I started this blog, people ask me all the time for resources on where to get started in voiceover. And there are tons of them. But here are the top ten that I send people to the most. The list is compiled of voiceover entertainment sites, news and information sites, pay to play, resource and education sites and places to go to social network. Still, this list doesn’t begin to touch the great number of online voiceover websites there are out there, but check out this video for yourself.

When I started in voiceover back in 2004, there wasn’t a lot of information online about voiceover. The number of voiceover websites available to guide my career weren’t in abundance the way they exist now. I actually began my search not with voiceover websites but with a local publication. It was recommended to me back when I was in college that I try voiceover by a college professor named Bill Clark who thought that I had the kind of voice for the job. I searched that publication that he suggested but found nothing. The internet was nowhere near as mature back then as it is now.

Not only was the internet not as mature but the voiceover industry was not as mature. Therefore without connections in the industry, I found myself all alone when I first began. But shortly more and more web pages on all subject, not just voiceover websites began popping up. The information age gave rise to opportunities for a lot of people in many creative fields. Voiceover was no exception. This was a great benefit, but after many years, the internet became saturated with voiceover websites and many seemed too complex and often misleading. Many people who posted simply wanted to sell things to talent but had little to offer in terms of guidance. That’s the position I found myself in.

After years of muddling through thousands of voiceover websites, I began figuring it out. Call me a slow study but as things changed in the industry, major players in the online space evolved. Several of these players have maintained their positions in the online space for years and have been well respected for years. Others have fallen out of favor and have been ostracized by major voiceover talent for their business practices. Still, newer vo talent looking to get into the business often overlook or are simply unaware of the pitfalls of these voiceover websites.

After interviewing many people in the voiceover industry, asking their opinions and forming many of my own, I compiled this list of the top 10 voiceover websites. Some of the qualifications to make the list include: utility, how easy it is to navigate through the voiceover website, how quickly it to learn from the site and how established is the site as an authority in voiceover. I wanted people who watched the video to be able to learn, share and even be entertained by the selection of voiceover websites offered on this list.

I’ve developed a relationship with many of the people who started or run the websites on this list, some even as a result of the list. I did not, however, let that bias my opinion. Regardless, the list is simply a compilation of my opinions and meant to educate some and spark conversations by others. It’s a fun list and there are certainly other list or perspective honorable mentions that could’ve easily been added to this list.

Some great sites that could’ve easily been placed on the list are globalvoiceacademy.com, voiceactorwebsites.com, and gravyforthebrain.com. All are great sites that have valuable info. Ultimately I went with voiceover websites that I knew at the time of the recording.

So at this point, you may be wondering if I am going to reveal in this blog what actually made the list. Nope. Watch the video if you haven’t already. Get your popcorn, pen, and piece of paper ready and watch it several times. It’s sure to have valuable information. 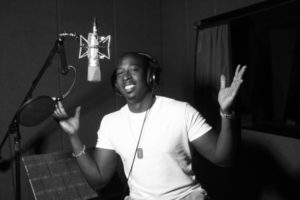 Dane Reid is a New York born voice actor who has been practicing voiceover since 2004. If you are interested in working with him, click the contact tab and send him a message. Please, no solicitations.