Demo production is both an art and a science. It’s a combination of matching the voice and personality of the talent along with the trends in voiceover production. To do that, not only do you need a producer that knows what are the current trends in voiceover (things like the 6 second commercial), that person also needs to know, or at least have a feel for you as a talent.

It had been too many years since I had updated my demos. When I sent out my last set of demos to various production companies, clients and agents, I had almost always received positive feedback. But among people who knew me, including myself, I had always felt that my demo was a bit stiff. It didn’t truly reflect me as a person. So when I decided to do a new narration demo I wanted someone who knew me as a person as well as having great experience and insight into the world of voiceover. So I picked Gabrielle Nistico. 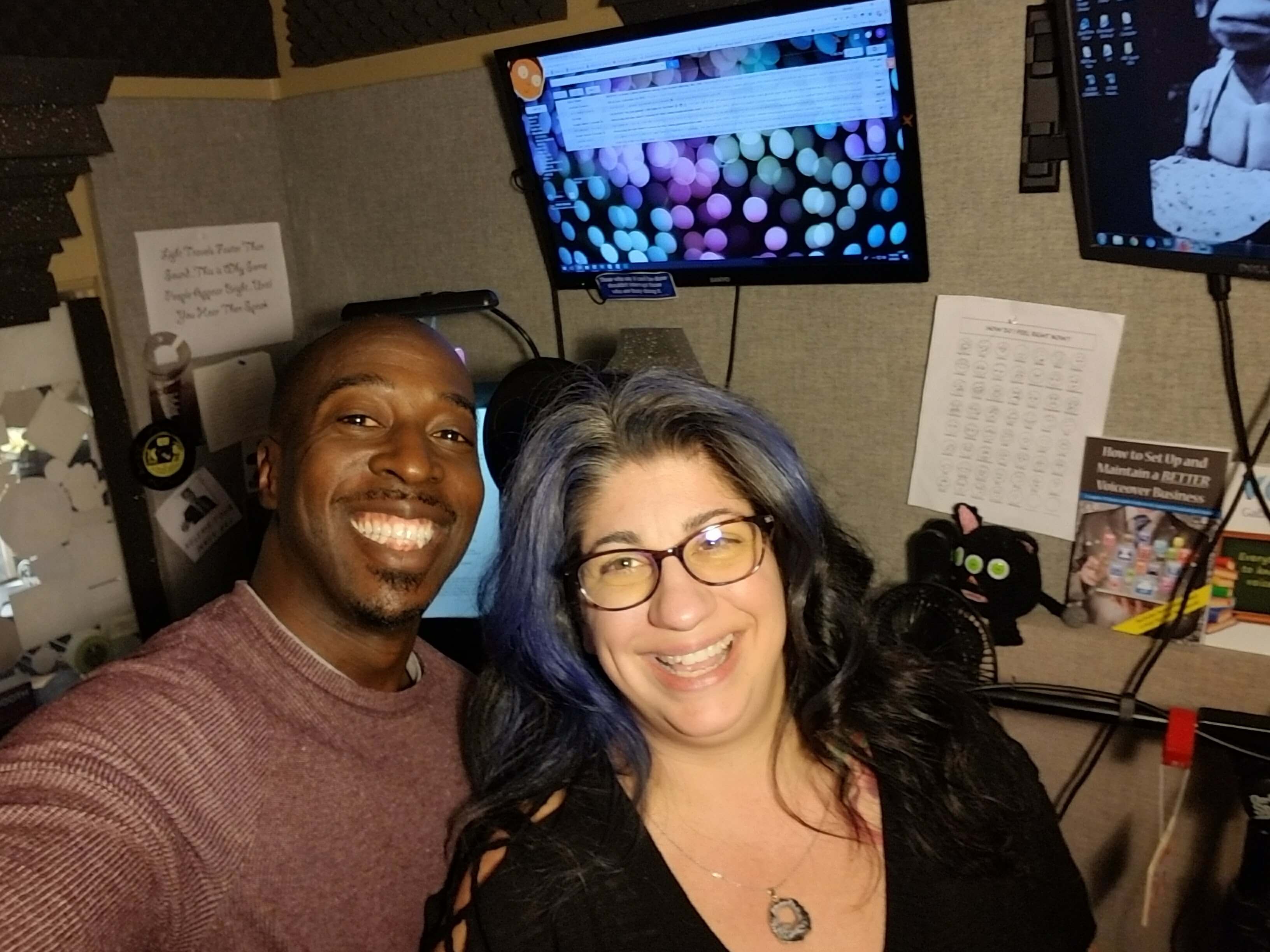 Gabby and I have known each other for years. She knows my background. She knows my voice and every time we speak it’s always fun. She teases me. We’re both New Yorkers so she gets me and she sees a lot of my crazy social media post and follows me on my adventures. Oh, and she gives great hugs too. While not every talent and their producer will have this kind of relationship, it’s important that there is some kind of relationship beyond “ok, when I press record, say this line kid”. Why is this important? Because the scripts she picked out have to be tailored toward me personally to get the best reads.

The producer has a bunch of scripts. They could randomly throw some scripts at the talent and that would be the end of that but it’s important that they can visualize the way the talent will interpret and project that copy before it is recorded. That helps them pick better scripts. Gabby knew both how I read things and how I say things normally. That helped. Bigly! Having knowledge of my background in education helped in choosing one particular script on my demo and another which we later decided to table was chosen because of my background with live announcing (I decided to create a dedicated live announce demo instead produced by Jean Francois Donaldson)

Short of having been to your demo producers house, finding a demo producer could leave you scratching your head. I know experienced talent who still play the guessing game as to who to produce their demos with. Firstly I recommend having conversations with demo producers who are recommended by industry professionals. Talk to them about their dogs, their favorite ice cream and their philosophies about the voiceover industry. Ask a lot of questions but also listen to hear whether they ask a lot of questions about who you are. Wait to see if they ask if you have a website or any work you’ve already done. A good producer will want to research you as well.

Not A Production Demo

Listen to a producers samples of past work carefully. Has the producer worked with voices like yours before? Are the demos overproduced? Remember that this is a voiceover demonstration of your voice, not a demo showcasing great overbearing production. And remember to take into account that the demo has to be a true representation of the work that you really perform as a talent. Don’t get stuck with a demo that you can’t reproduce in real life scenarios.

Your Producer Cares About The Next Step

Bonus points should be given to a demo producer if they also ask about how you are going to market your demo. Of course they may have additional services that help you at extra cost but it also shows that they have a vested interest in the final product with their name on it. Gabby offers complete voiceover career coaching so she stands by her work.  For me that means I’m not getting trapped in a demo mill where I get coaching for a few weeks and then a demo whether I’m ready or not. (Tip for new professionals) I of course have been in the voiceover industry for many years so I know many producers but if you are new you probably don’t. But a voiceover demo takes time. First, extensive coaching and evaluation should be done, then a demo if the talent is shown to be ready. But I digress.

I got my demo back from Gabby within a week. Before listening I dialed back my excitement to allow myself to objectively critique the demo. It’s my voice and ultimately my project that represents me and so I couldn’t allow neither the pressure now the excitement to skew my opinion of the demo. Ultimately after listening, we decided to make some changes mostly to the arrangement of the pieces. Most people in the industry will advise you to put your best demo clip first. So we agreed to change the order around based on what I thought was the best. Also I allowed a few professionals to take a listen and give feedback which I factored into re-arranging. Working together Gabby and I came up with an order that we both felt truly told a story. It’s my story. It’s partly who I am and what I offer the voiceover world. Take a listen.